Porpentina Goldstein's Grey Coat from Fantastic Beasts and Where to Find Them.

One of my sons friends deciced she wanted to do a (Porpen)Tina Goldstein cosplay and asked me for help. 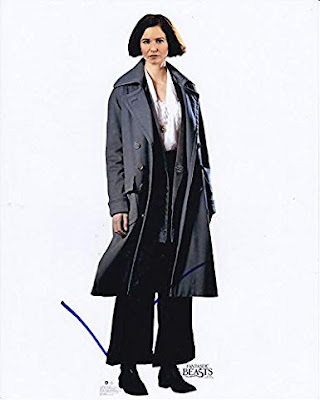 I was only happy to oblige but soon found out that unlike Newt and Doctor Strange there is no Tina cosplay pattern available. So I started to search for a pattern that without too much work could be modified to make a Tina coat. We choose Burda style 6462: 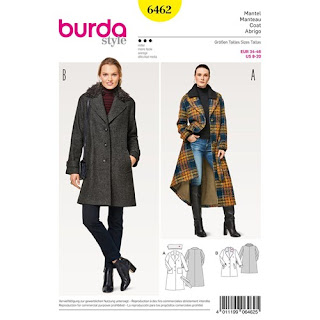 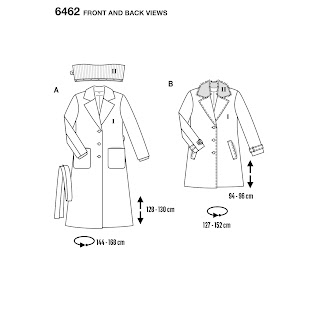 It turned out to be quite a gamble as I had never used a Burda pattern before and hadn't realized that the pattern description was quite different from what I am used to. This actually turned out to be my biggest problem, maybe that is not a smart thing to says as the project is not finished yet. We turned the single row of buttons in a double row by adding 7 cm to the front piece. The other modifications to the pattern were adding flaps to the pockets, turned up cuffs to the sleeves and changing the shape of the collar. 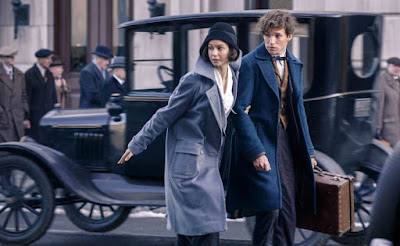 Although pictures like these  are very helpfull I prefer photographs of the actual costume. You can find some here: https://hollywoodmoviecostumesandprops.blogspot.com. 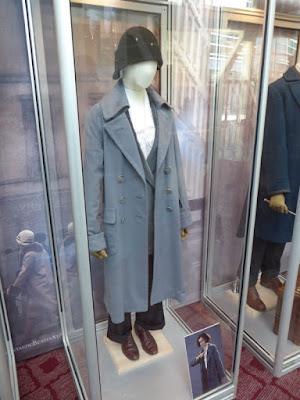 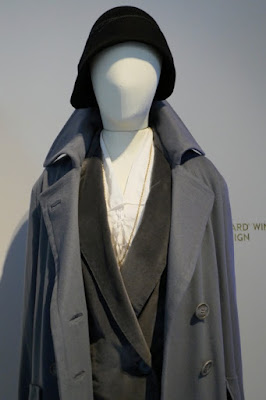 source: https://hollywoodmoviecostumesandprops.blogspot.com/
same blog but a blog post of a different date. 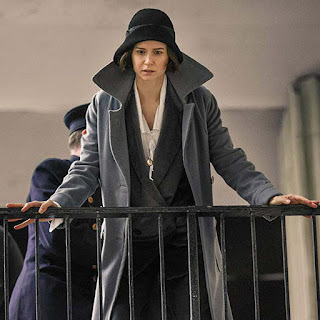 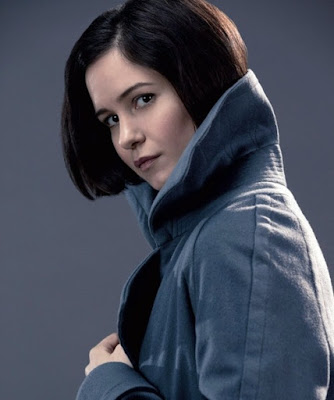 Here you can see some great details of the collar. 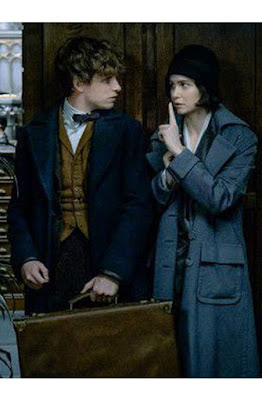 Great view of the shape of the pockets, pocket flaps
and turned up cuffs. 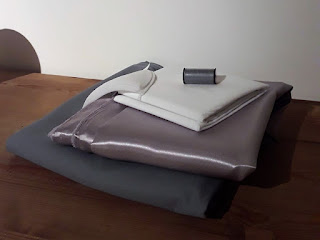 And with some work this turned into, this: 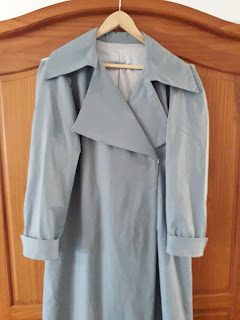 Collar is done, sleeves are ready to be sewn on.

This is our progress so far. I let the my son and his friend to most of the work. Copying the pattern on to pattern paper, cutting the fabric and sewing the long and easier seams both the collar and sleeves are my work. Although my son is has some experience he still has a lot to learn and although his friend is a quick learner she is a novice. So due to time concerns I'll be doing most of the stuff from now on. Currently I am fighting with the sleevils !

The rest of the costume will be store bought. We found some very nice things that will look great at H&M. We are lucky that this classical look is currently in fashion. She got my husband to make her a wand, so this cosplay truly will be a joint effort.

Hello Everyone, I haven't been bloggin for a while. That doesn't mean I haven't been sewing but I have been busy doing some costume maintance (repairs, alterations etc.) aka the boring stuff! Also I've been trying to reduce my UFO Pile also known as costume time-out pile. I have this bad habit of losing interest when a project takes too long or when I didn't make the deadline (event) for it. To prevent the UFO pile from becoming a hill I start each year with finishing/altering/repairing at least one costume.

Rescued from the UFO pile: 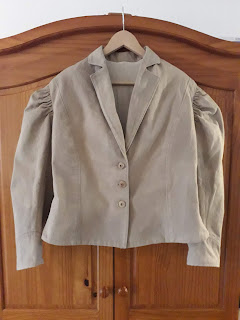 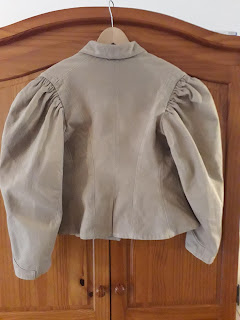 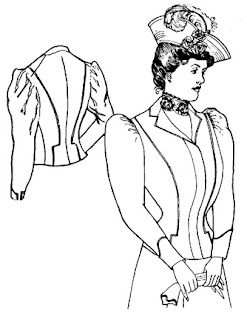 
Beige canvas jacket (made from our old Ektorp Ikea couch cover) based upon Past Patterns #113, 1899-1900 spectator jacket. I modified the pattern, didn't really know what I was doing and didn't write down the changes that I made. So I guess it's save to say that the problems I encountered where all my own fault. Overall I am happy with the result, although I wouldn't recommend using this thick quality canvas for clothing. To be honest I can't even remember when I started this project! I started working on it because we where thinking of doing a steampunk event. I got stuck at the sleeves and found out that I was not cut out to do steampunk. As I wanted to stay authentic, I couldn't come up with any original idea and I was afraid to end up with a "let's glue some gears on it and call it steampunk" costume. So the whole idea and the jacket got abonded. I have several chemisettes and pairs of undersleeves but I have to admit I am not a big fan of wearing them. So I sometimes sew the collar and cuffs to the bodice. This set I now also have tacked to the outside of the bodice to keep them in place. I don't know if it was done like this in the victorian era but I think it is a very practical short cut. 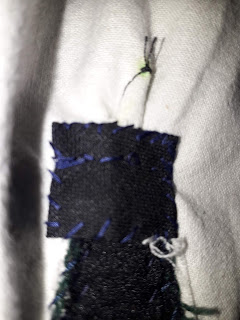 Same style bodice, different kind of job. Repairing a boning that is poking out. I once bought a synthetic fiber boning casing as it was all I could get in time. It's stretchy, hard to work with and the boning is poking through it. I don't think I am buying this stuff ever again

There is this one project I am working on, but I am not doing it alone and it's not for me. Last year I helped one of my sons friends make a Doctor Strange costume. This time I am helping another of his friends make Porpetina's Goldsteins grey coat from the movie Fantastic Beasts and Where to Find Them. My son already has a Newt Scamander costume and now they want to Dutch Comic Con together as Newt and Tina. More on this project in the next blog post. 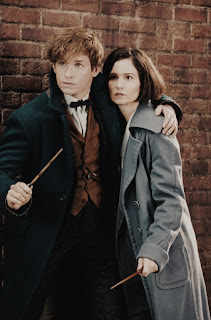