The last three or four months I've been working more hours, something that makes me really happy because I love my work. I work with childeren which I think is the best job in the world(but maybe also the most tiring)! The only down side is that I have less time to work on my costumes and blog. Which is the reason why I haven't posted for so long. I have done some work on costume projects but progress is painfully slow. 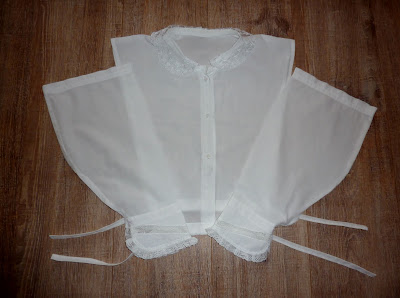 I had made this cotton batiste chemisette some years ago. I had some fabric left over and decided to make a set of undersleeves to go with it. For both the chemisette and the engageantes I used Truly Victorian 104, the bustle era Collars and cuffs pattern. The set will (also) be worn with my crinoline era dress but I was too broke to buy the Truly Victorian 149, 1860's Chemisette and undersleeves pattern. Which I think is really lovely, so good chance that I will end up making another set of undersleeves for this costume one day! If I do this set will still be of good use as I have several 1880's costumes to wear them with anyway. 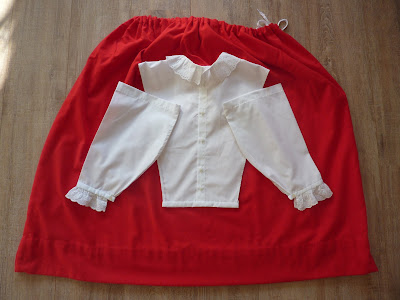 I also made another set of cotton chemisette and undersleeves, with the same pattern, earlier this year. I repurposed the antique/vintage lace from my very first Victorian collar and sleeves. The red flannel petticoat in the picture is also new. I don't like the drawstring, too much bulky fabric beneath the waistline of my dress, so I will change it into a petticoat with waistband and maybe add some tucks at knee level, eventually. 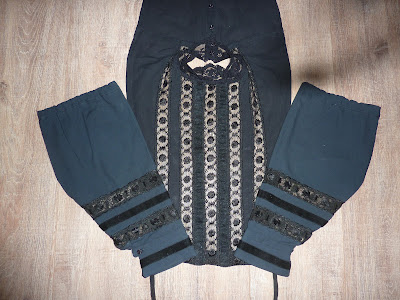 I also added a set of sleeves to this chemisette. Something I had been wanting to do for three years now! The sleeves still need to be overdyed with black dye to (hopefully) match the colour of the chemisette.

I still have one lovely antigue lace collar waiting to turn into a chemisette but this will have to wait. I have other costume projects which have a higher priority. Among them are making adjustments to my son his fantastic beast coat, making a Victorian coat for my husband and a red woollen pork pie hat for myself.

I had planned to make myself a Belle Epoque outfit this year but I just don't think I have the time or energy for it and my husband and son practally begged me not even to think about starting working on it this year. Something to do with a November/December without having to deal with me having costuming stress. (I actually think it's the same thing as me not wanting my son to game 24/7 when he has a school holiday. Not gonna happen!) So this means that I will have to wear the same outfit to both my Victorian events this year, can you imagine the horror! 😉

And this is what happens when you have a day of, it's nice weather and you can't decided between sitting outside and enjoying the sunshine or working on your costuming project. 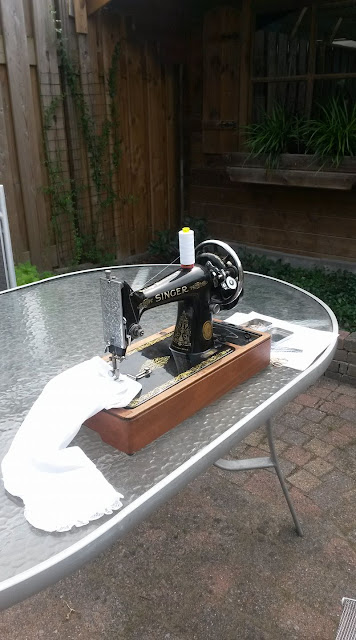