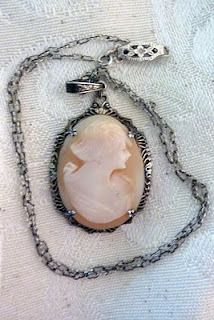 Sometimes a woman needs to treat herself with a little splendour. When I saw this necklace with cameo I just couldn't resist. Although I love the pendant, I really bought it for the necklace. The cameo and necklace where sold as Edwardian. But the haircut of the lady on the cameo suggests 1920's -1930's to me. 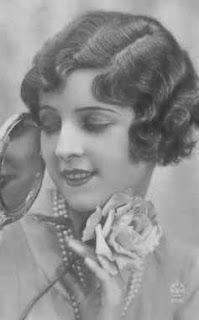 
Sometimes the Edwardian era is expanded to the signing of the Treaty of Versailles in 1919 years after King Edward's death in 1910. So I guess you could still call it Edwardian.

I intend to wear the necklace with my delicate white Edwardian blouse but with a camee that is a little bit older. The necklace is short so it should fit nicely around the high lace collar.

The original color of all these laces was 1970's brown. I was as bold to dye them black in order to make the more useful. On the far right an original colored pieces of lace. Which I did think was lovely but I couldn't use it as it was.

I am thinking about using the black lace for a black Edwardian (Tea?)Gown. Something along the lines of these dresses. 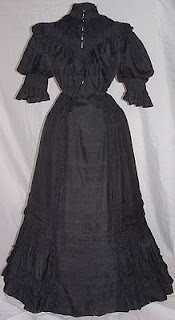 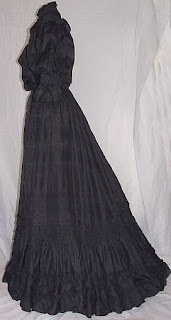 It would be a challange to remain authentic as possible and still make it fancy enough to wear to gothic/fantasy events like Castlefest and the Elf fantasy Fair.
Geplaatst door Esther op 14:25 1 comment: 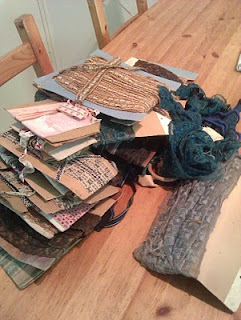 A friend gave me this whole stack of lace. Which belonged to the shop inventory of her aunt long ago. It had been stored in a damp attic for years. So I will be washing, drying and ironing all this lovely lace for the next couple of weeks... 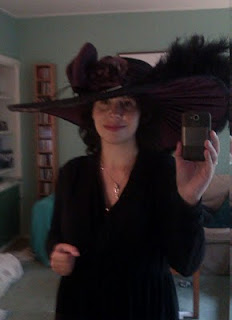 I never was really statisfied with the decoration on my Edwardian hat. Untill I found this lovely burgundy colored flower. Now it's finally completly finished. 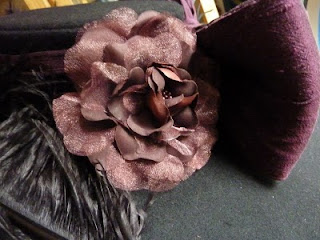 Although I love doing event, I also love the quiet time of the year. Now I have time to do the other things I love so much as well. Writing short stories and poems, doing costume research and ofcourse sewing!
Geplaatst door Esther op 15:45 6 comments:

Weekend at the Castletower of IJsselstein.

We had our last weekend long event of this year on the 10th and 11th of September at the Castletower of IJsselstein. The days where mostly dry and sunny. But during the night the weather got so bad that we deciced to go home. This was a first in all the years we are doing Living History. Luck was on our side. Because when we came back Sunday morning nothing was really damaged. 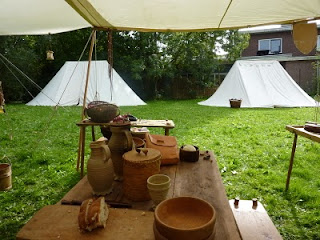 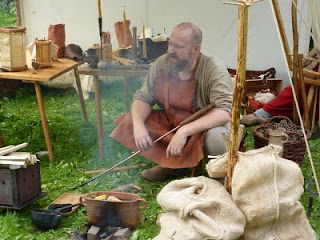 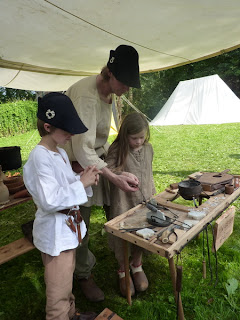 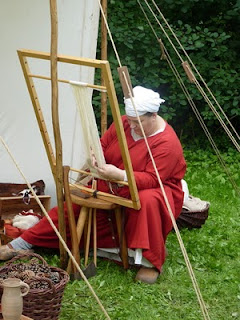 Ariane was doing sprang and nalebinding. 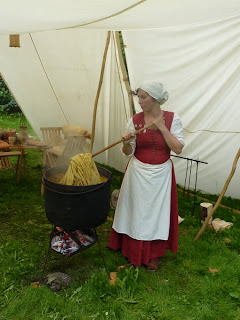 And I was dyeing with natural dyes. Weld with iron sulfate (green)on Saturday. And walnut husks (brown)on Sunday. Both cloths turned out nicely so I can make new costumes this winter.